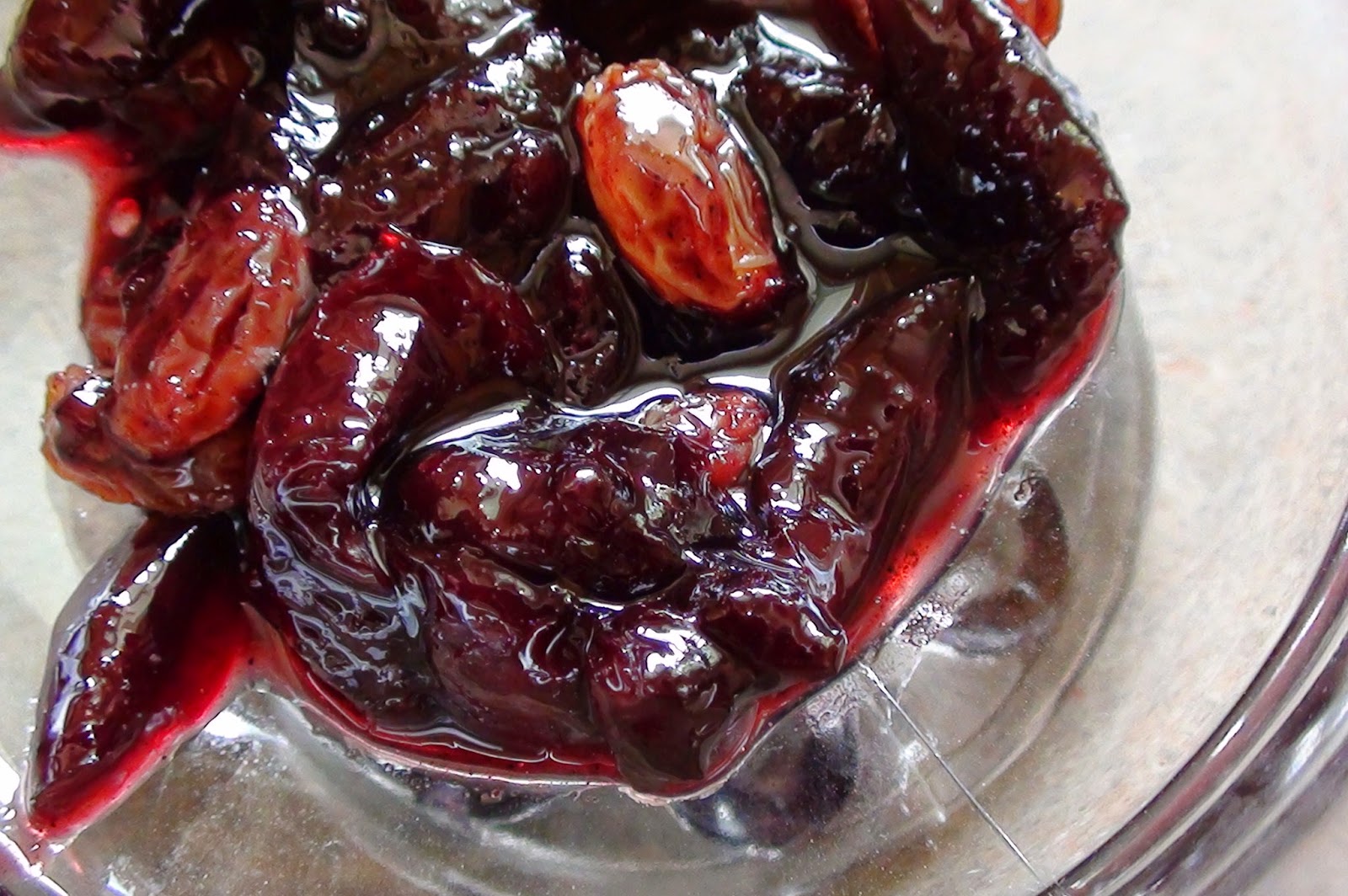 My cherries are still green, but it won’t take long before we can enjoy this year’s produce if the birds would leave us some. With a large garden and mature fruit trees we are keenly aware that changes are taking place. The last couple of years brought in some never seen species of bugs and birds. Some of the familiar wildlife that used to pass through from spring to late fall disappeared and we have been getting new ones; large flocks are coming through and sometimes eating up everything in sight. We had to replant several times. Ferocious birds would ransack our birdhouses and beat up on local species that have been nesting in the backyard for decades. The mosquitoes are deadly. There are too many storms and the breeze is a constant and we are getting brutal winds even on hot days. Climate change, it’s happening.

I thought it was high time I added the chutney recipe from last summer. It yielded three tiny jars of chutney and some, which we ate with cream of wheat and with cream cheese on crackers. If you use a food processor to chop the fruit, pulse only once or twice. It will be a bit messy, but you can always chop the fruit with a chef’s knife. The cherries and apples should be in chunks and not liquefied. Don’t put them in a blender. The raisins are added last. They will swell from the heat and don’t require cooking. 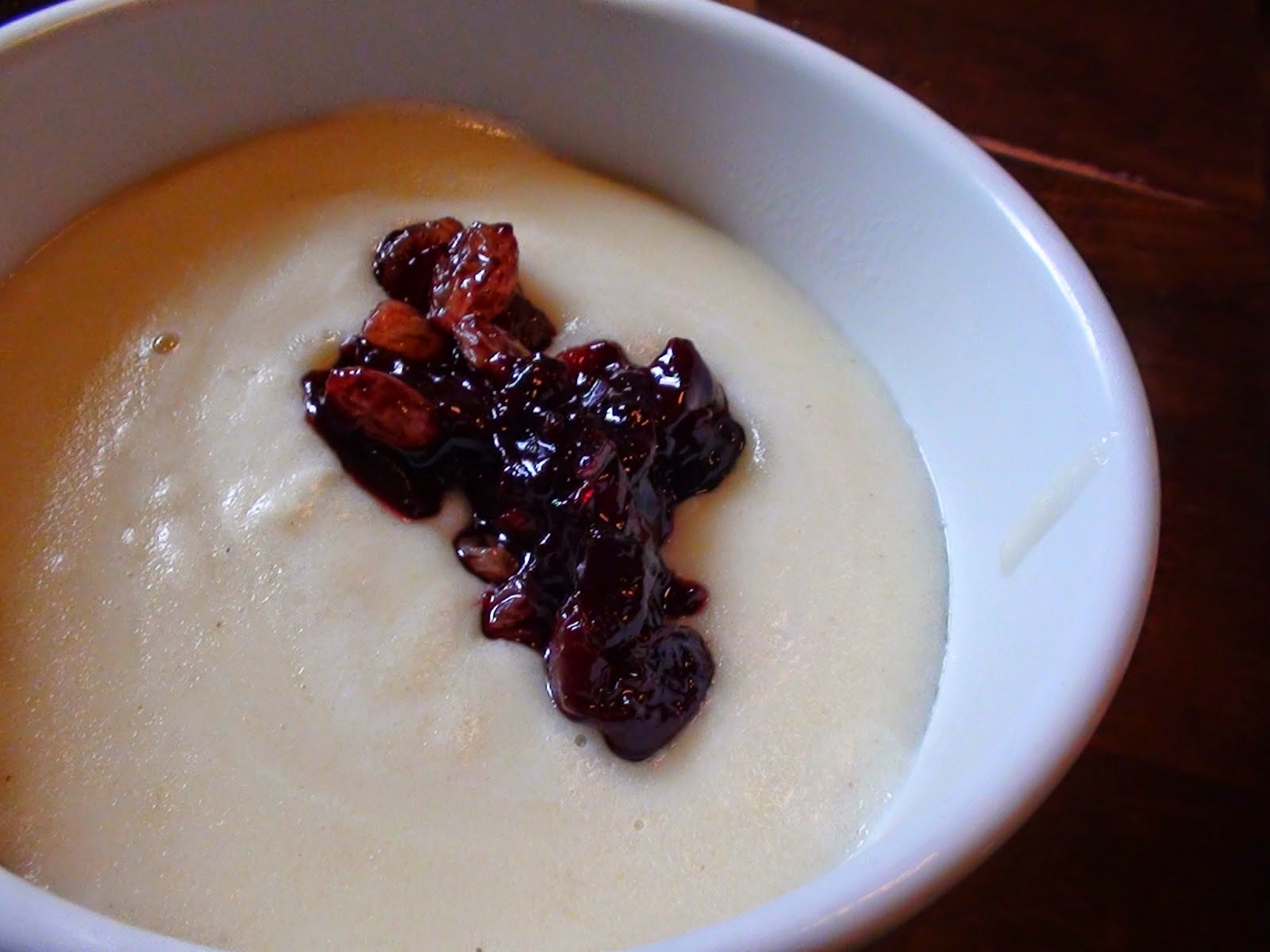 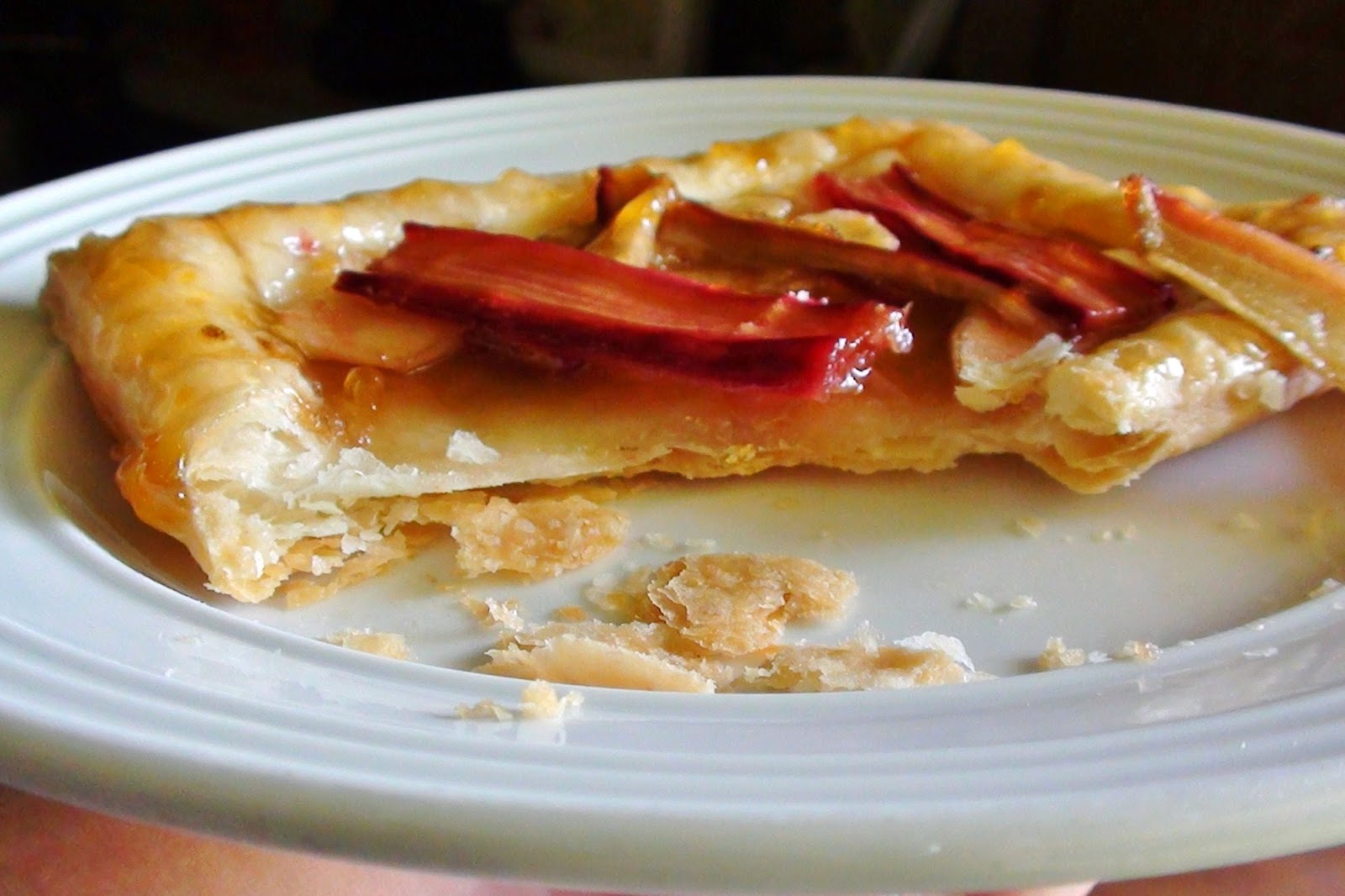 There is something magical about making your own flaky pastry especially without the challenges that follow the wrapping a block of butter. Hungarian Flaky Pastry is the easiest things to make; it is not nearly as complicated as making puff pastry. And yet it is flaky and tastes wonderful. Like most things, commercial puff pastry doesn’t taste as good as it used to, so all the more reason to make your own pastry. I used a half a batch of Hungarian Flaky Pastry with 1 Granny Smith apple and a large stick of freshly cut rhubarb.

I started to reduce the sugary fruit juice to combine it with the apricot jam for the glaze, but it burned as I was running back and forth between the kitchen and the living room, baking and watching TV at the same time, well actually listening to Astronomy magazine dive into the 10th episode of A Space Time Odyssey, The Electric Boy on YouTube. I wasn’t overly disappointed not using the juices. Such as life!

These tarts are so good you cannot have just one slice. Hence the small batch, only 8 pastries, plus as the case with all pastries, they are best on the day they are made. 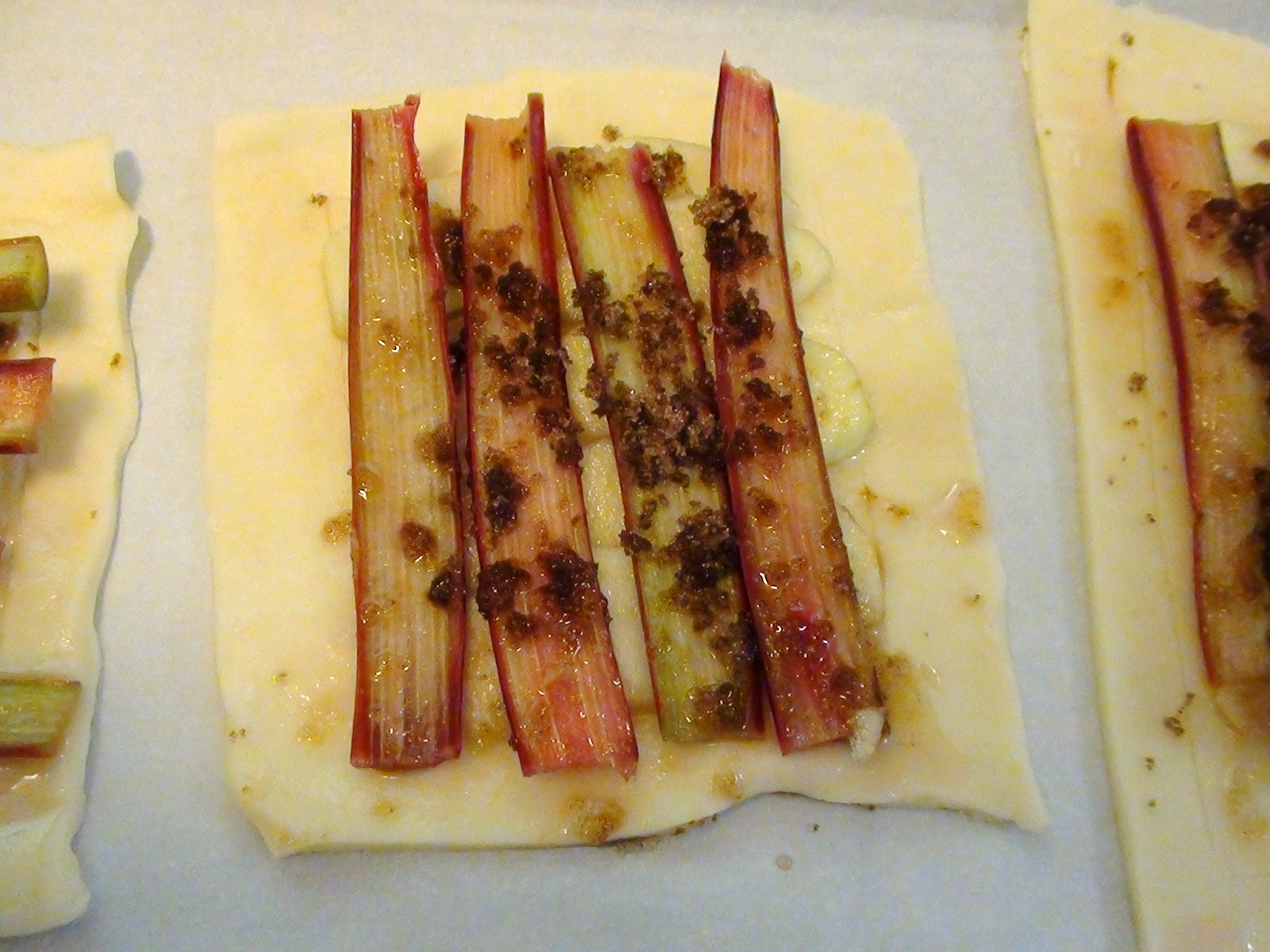 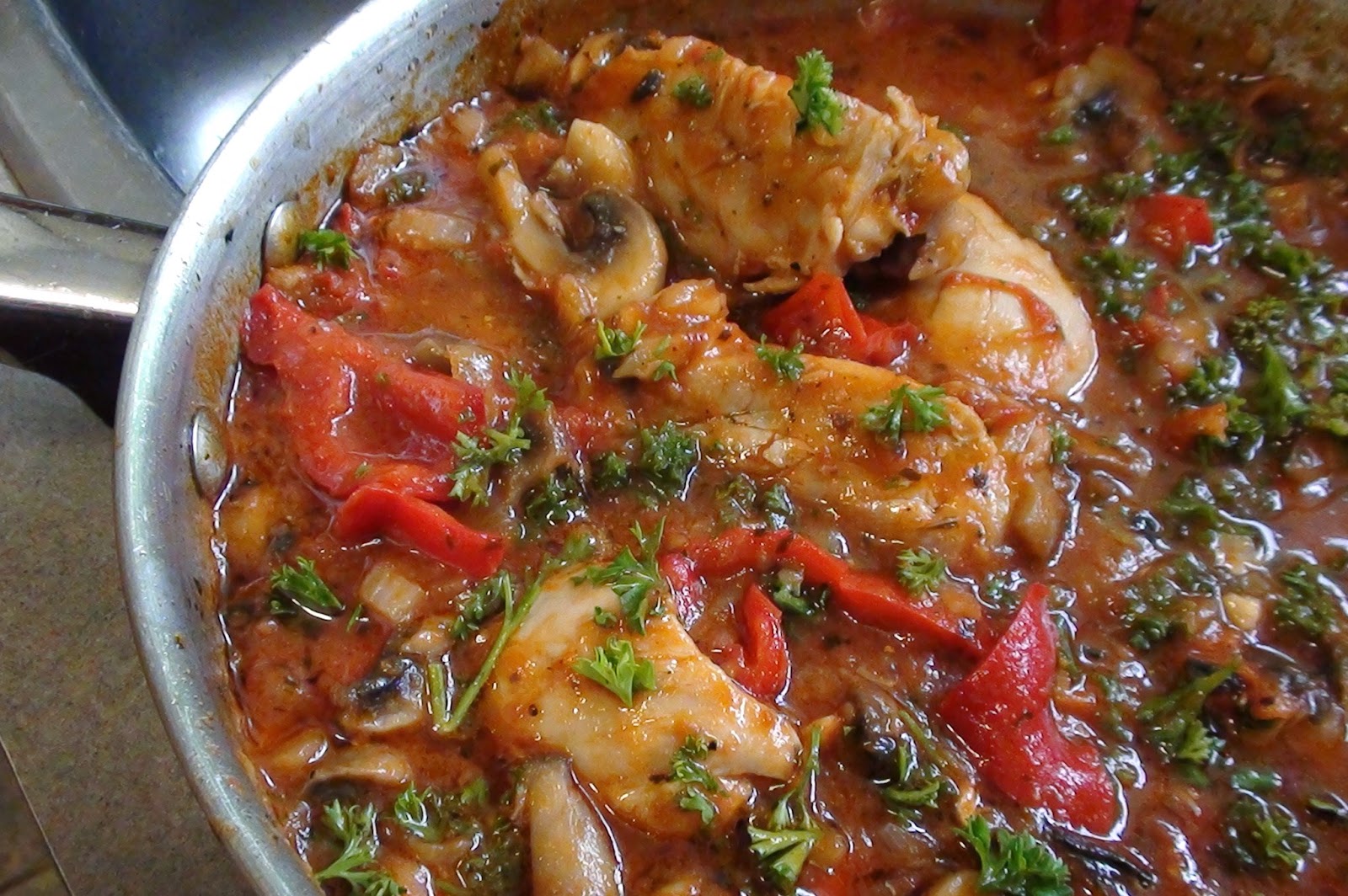 It’s almost like chicken paprika. Perhaps that is why I always had fondness for the cacciatore. Our friend, Sheila Vinge used to make it in and when we moved to a sunnier climate some decades ago, our chicken cacciatore enjoyment came to an end. We spoke on the phone the other day and I remembered Sheila’s delicious cacciatore.

Last night I put together a skillet version. This pleased my better half and I have to say it was far tastier than the elegant meal we had at a posh restaurant on our 47th wedding anniversary a couple of days ago. Not wanting to spoil the mood I kept thinking “we are here for the ambiance and not for the food”. On the plus side we didn’t get food poisoning. The lesson is if you want really good food you have to make it yourself. 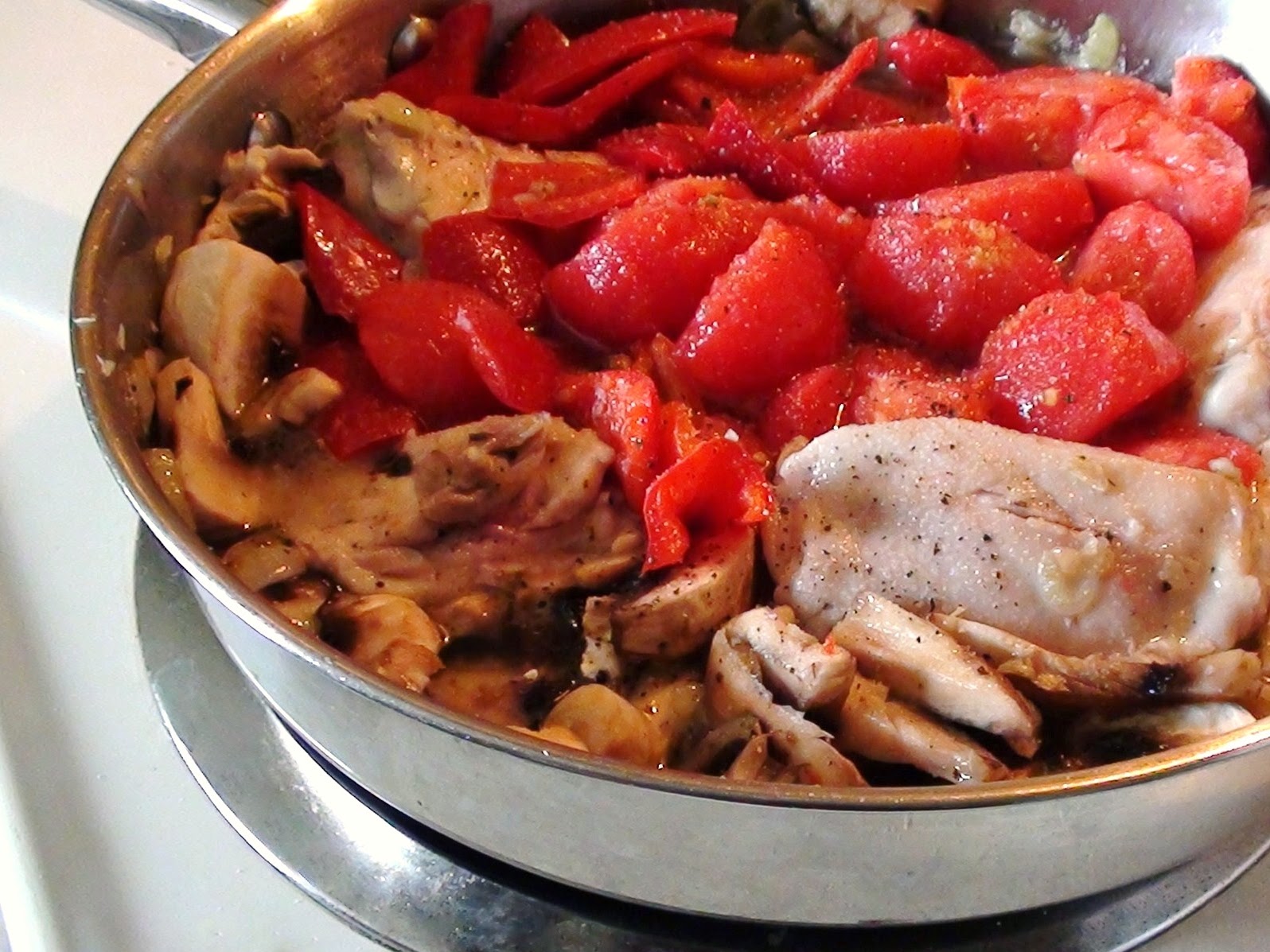 [Flat leaf Italian parsley gives the best flavour; however don’t substitute it with cilantro. Use curly parsley instead] 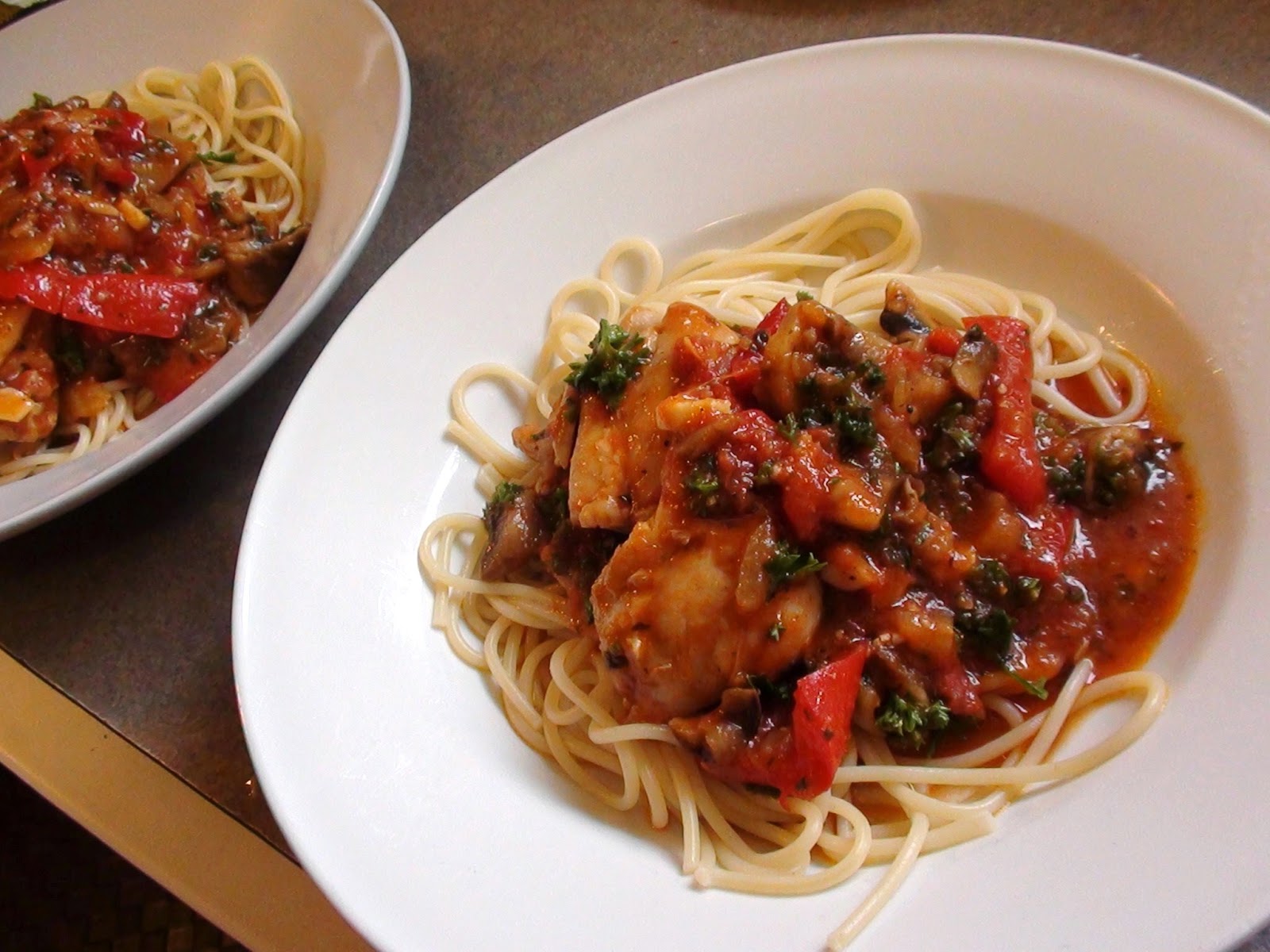 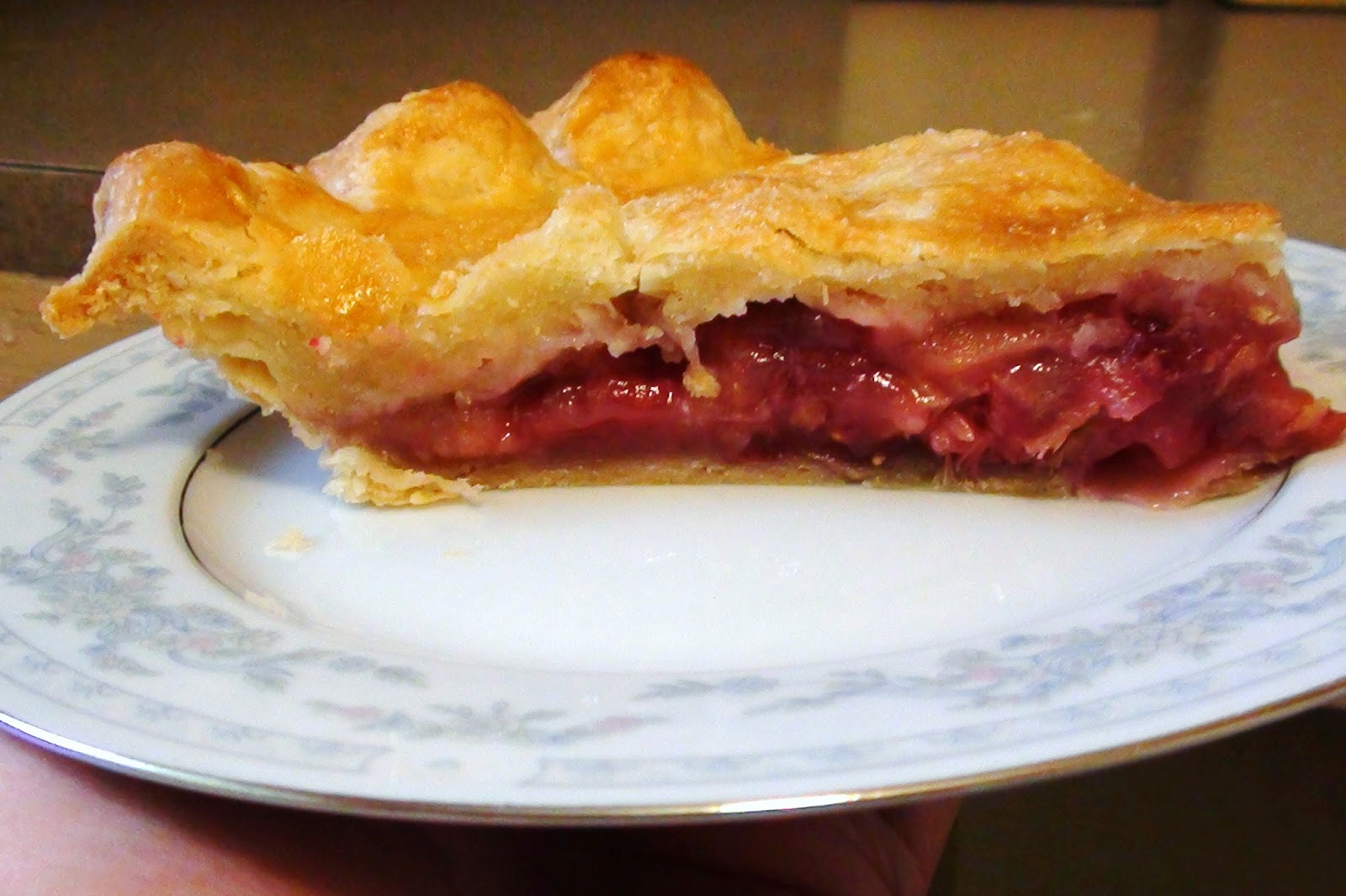 This recipe is designed for 3 good-sized pies when rhubarb is in season. The harvesting period for rhubarb is from late spring through to the end of summer. We have a well established plant and it comfortably gives us two harvests. The third harvest tends to be spindly. Don’t let the stalks become too large, they will get tough and woody. I used one stalk for pastry, a couple of stalks were refrigerated for use later, and several stalks were used to make these pies. One pie was eaten and two were given away.

Rhubarb is best either diced or very thinly sliced. Large chunks tend to get soggy. Speaking of soggy, I would have to be very hungry before I would settle down to a dish of stewed rhubarb. I find the flavour on its own a bit harsh so I like to combine it with apples or strawberries. I only had a few strawberries left, so I added a cup of frozen raspberries to thefruit mixture. Generally count on two and a half to three cups of fruit for every pie.

Both rhubarb and raspberries are tart, so I added more sugar than usual. Rhubarb and apple let a lot of juice so I increased the flour too. I learned to make pies from cookbooks and I always ended up with runny pies. Then I realized cookbooks follow trends and present an ideal, but not always what works best. When it comes to pies, the trend is to reduce sugar and flour. This helps to sell cookbooks. After all who cares if half of the recipes are   unworkable. Make the buck and run. Most people will believe they were at fault anyway. After all it looked so good on the picture. In truth, pies will never be diet foods. With all that sugar and flour I used, these pies still hinted tartness, though with perfectly well balanced texture and flavour. Cut a slice, have a slice and share a slice.

2 batches of pie pastry
1-1/2 batches are not quite enough for three pies and from 2
batches you will have some leftover pastry. I wrapped the leftover and froze it
to make half a dozen jam tarts at some other time. 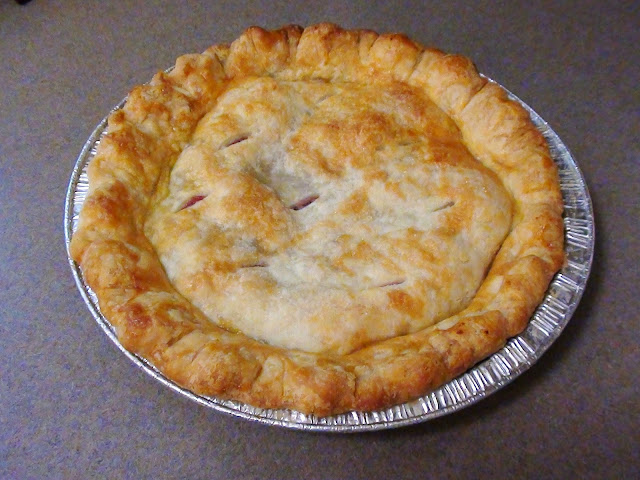