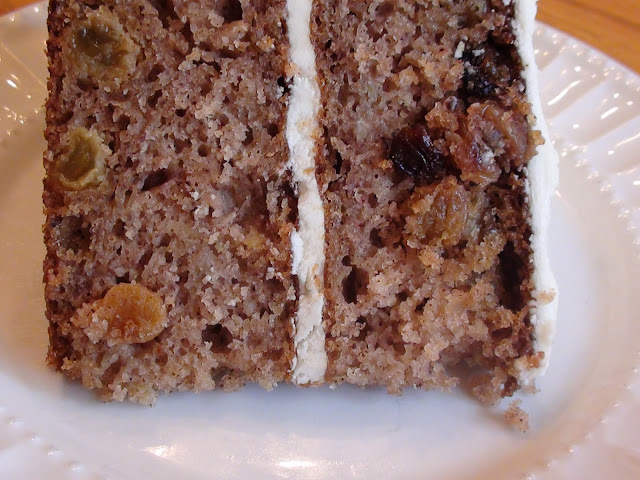 What to do with those large zucchinis people so generously give away this time of year? You make a zucchini layer cake. This was a large cake, I froze it for those times when the cake maker shuts down and Jim turns to saltines. Appearances can be deceiving; I am not a perpetual baker.

It tasted like spice cake and I could not have guessed it was a zucchini cake. The zucchini strands were indistinguishable; kids will not know they are eating a vegetable. Olivia picked the raisins out and lined them up on her plate as evidence of my betrayal. The frosting was reminiscent of a lighter cheese cream frosting. The cake had a lovely crumb, but sliced much easier after I chilled it. I jumped the gun a bit, hence the large slice. It took Jim and me two teatime snacks to finish it. Adapted from a nut version on CHOW, I decided the cake batter needed the addition of buttermilk. It turned out lovely and I will make this again. 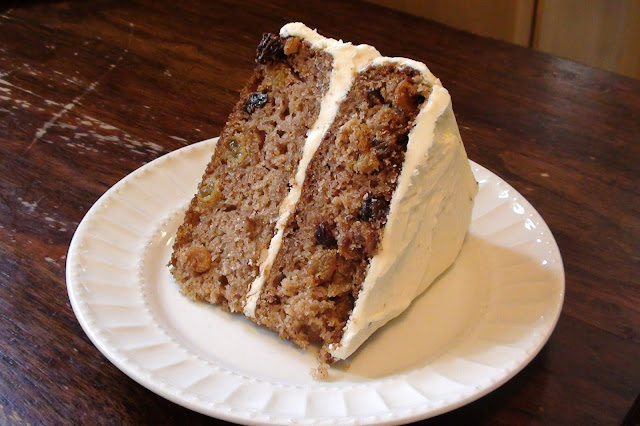