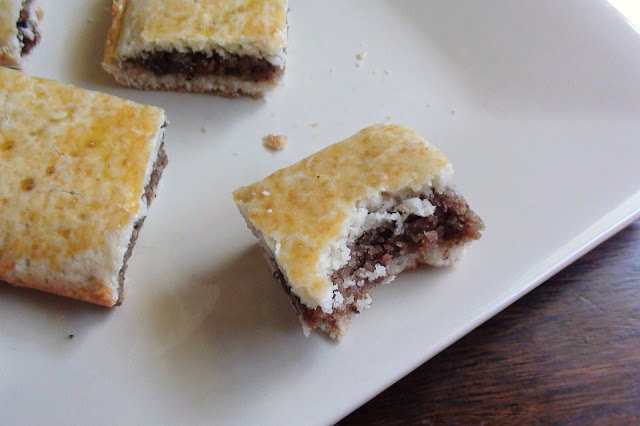 If these squares look a bit like Bécsi Kocka, they are not. The pastry is light with the consistency of a soft “pite” and the walnut filling is light too, moist and tender. The man said it tasted like beigli and it is not for sharing. Ha!

It all started when a reader asked me for the Bécsi Kocka [] recipe. It could not have been a well-known square; none of my Hungarian cookbooks have it. I directed her to a Hungarian video I found on line and without considering the ingredients; I decided to try it. Now there are a few versions of Bécsi Kocka in Hungarian, and by the way, nothing in English resembled what half a dozen or so Hungarian bloggers called “Bécsi Kocka”. It wasn’t hard to see the recipes may have come from the same source, including the one in the video. They all had much too much sugar in both the pastry and the filling. And even though I cut down on the sugar considerably, the squares still turned out to be unappealingly sweet. And just think, two layers of heavy “omlós tészta”, which is basically shortbread, combined with a substantial amount of walnuts [walnuts have high oil content] plus whipping cream makes for a heavy square indeed. With no reference on my own I had to rely on somebody else’s tastes. It was disappointing and what I regretted most was the waste of all those walnuts, the butter and the heavy cream. So my response to the request is it is not happening. I already have a well-tested Walnut Slice and there remained several untested walnut squares in my cookbooks. In the end I used my own Linzer Pastry recipe and armed with several walnut filling recipes I concocted a filling resembling... well... none. 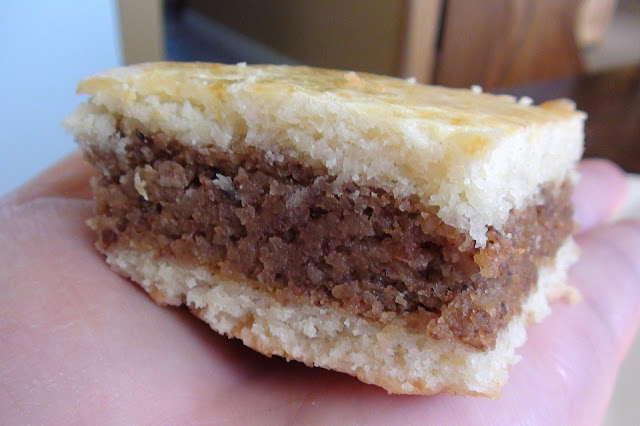 These are best with finely ground walnuts. Do roast the walnuts before grinding! Roasting intensifies the flavour, but you also get finer grounds from roasted walnuts. Don’t omit the breadcrumbs. They absorb the milk, swell and serve as a binding agent.  Both the pastry and the filling requires parts of the egg, remember to reserve whatever you don’t need at the time, because in the end every part of the eggs is used up. 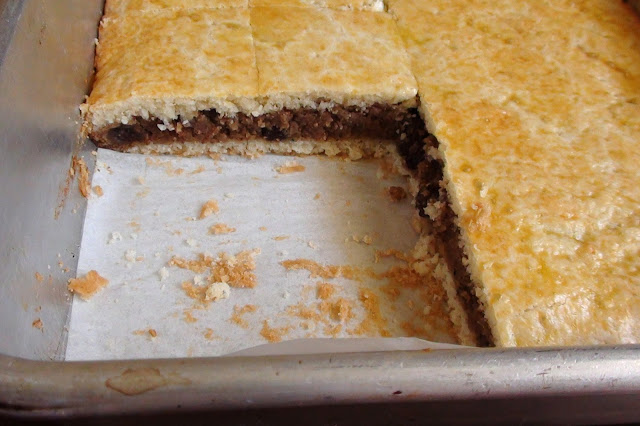