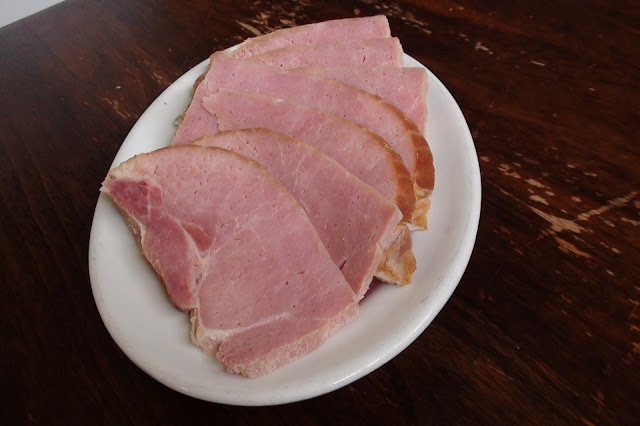 While growing up, Easter centered on the Easter ham and the Feltámadási Körmenet [Resurrection Procession]. Hungary was a secular country back in the fifties and sixties, but the annual Resurrection Procession used to have a huge turnout in Budapest. It was the one occasion people could gather en masse that didn't include some type of government enforced communist celebration but mostly because religion was suppressed by the state. So once a year Catholic Easter became a peaceful anti government demonstration. It wasn't an Easter Parade with funny hats, although some would disagree, because it included the bishop under a golden tent in full golden regalia carrying the golden monstrance with the Eucharist all around the Rózsák Terei Szent Erzsébet Templom with flags and the entire clergy in tow. As they passed, the people would make the sign of the cross. I suspect not many people stayed behind for the long mass that followed. Most of us were satisfied that thousands showed up to register their anti government feelings and then rushed home to eat the ham we smelt cooking since morning. 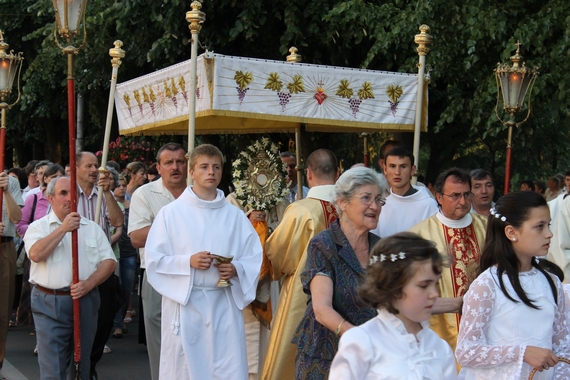 This thanks in no small part to my grandma, who never went to church and yet clung to the old customs, which included fasting on bread and water since the morning of Good Friday. I guess she had her own brand of religion and the rest of us just followed. My most emotional Easter moment was surrendering myself to the voracious feed of cold cooked ham, hard boiled eggs, kalács [yeasted bread loaf] and green onions. With that Easter was complete for me. Of course that was on the Saturday and what we ate on Easter Sunday I cannot recall; probably there was leftover ham and eggs, we kids always made ourselves sick on the chocolate the Easter bunny brought for us anyway. Easter Monday in Budapest held its own unique ups and downs for me, but that is an entirely different story.

In Canada the hodgepodge of old customs and new preferences combined into a fairly nice celebratory meal. We have our Easter meal on Sunday: a mixture of hot and cold food items. If there is a large crowd and it makes sense to prepare two entrees, I cook a ham. Otherwise I don’t. I love ham, but not everyone in my family likes it. If you can’t cook the eggs in the ham stock, it makes no sense to serve plain hard boiled eggs for dinner. It may have made sense back in the days after a long winter with no fresh greens to serve green onions for Easter, but we have fresh green vegetables all year around and therefore green onions hold no significance for us. I do not recall a special dessert with our Easter ham, but here in Canada no celebration meal is complete without dessert. The challah, the cake, the stuffed eggs, and the French salad can all be prepared a day ahead. Stuff and roast the tenderloin in the afternoon and roast the asparagus just before the meal and in the meantime set the table and make the green pear salad. Happy Easter everyone! 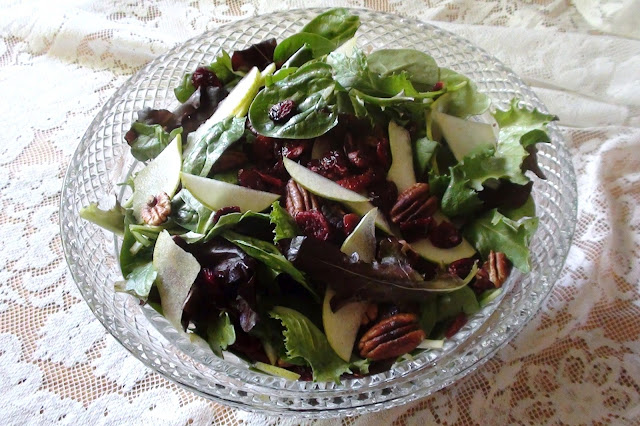 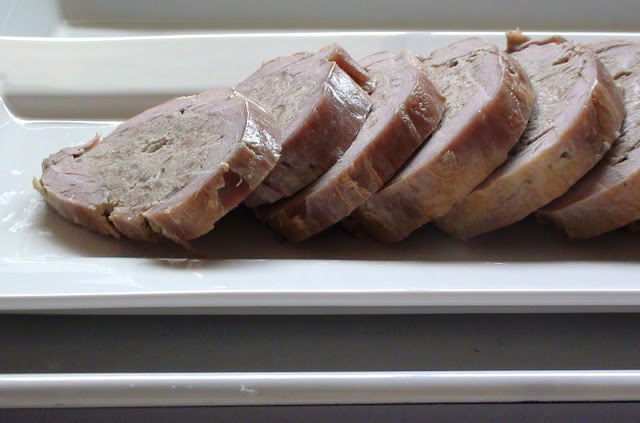 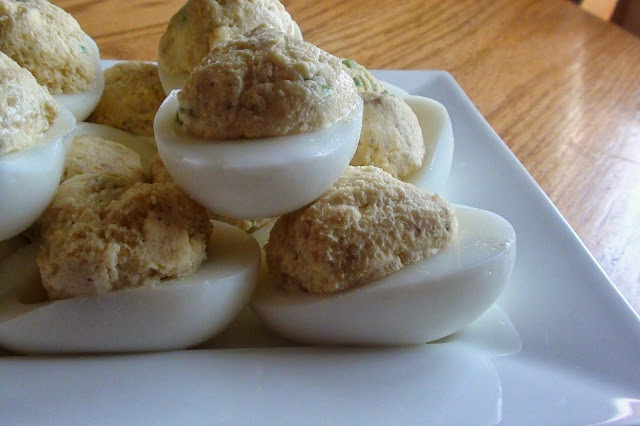 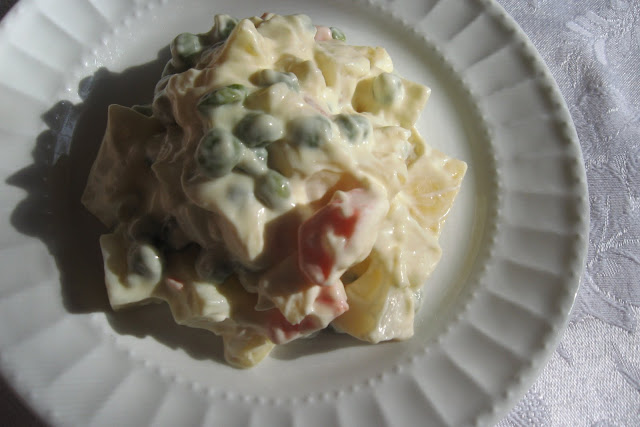 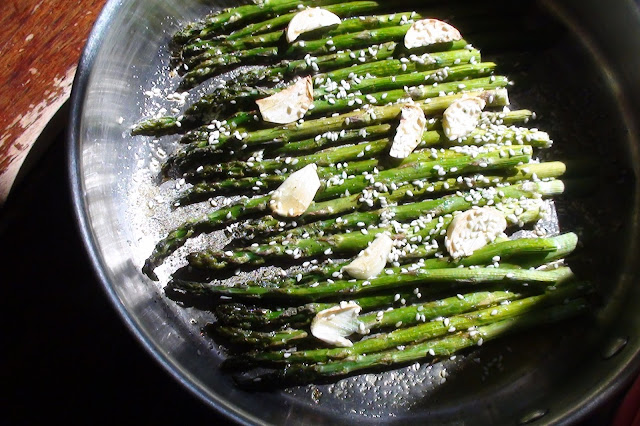 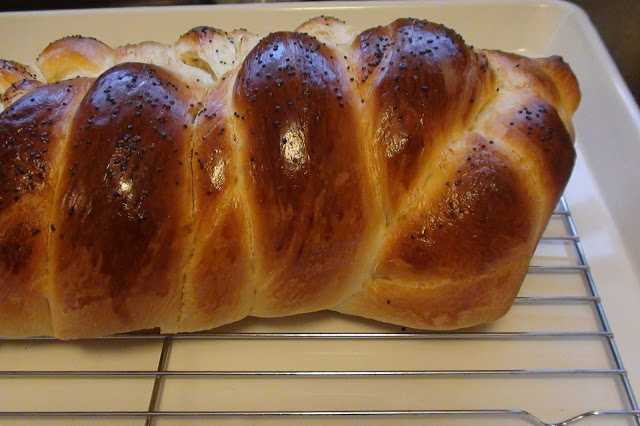 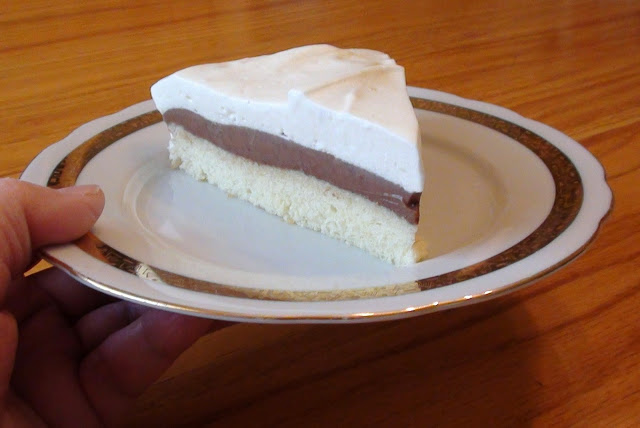