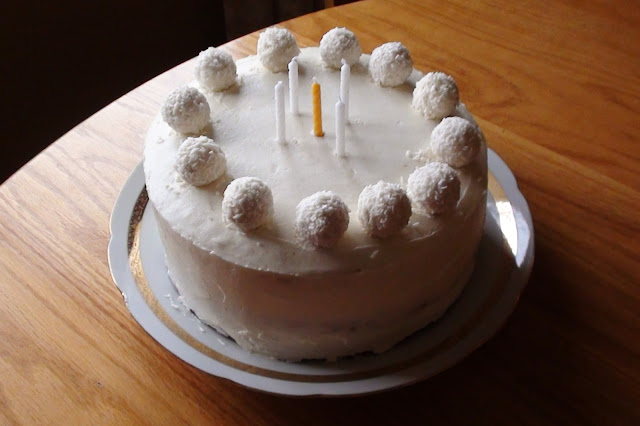 This is a celebration cake. Adapted from Sugary and Buttery, the recipe called for two 6-inch cake pans. I wanted a larger cake and made 1.5 of the recipe.  It may seem frivolous to use 2-1/4 cups of full fat coconut milk, which requires roughly one and one-half cans, but when you want to celebrate, you might as well do it right. The buttercream didn’t need to be increased as it was designed for more layers. Cutting a nut cake into thin slices while fresh would be close to impossible. Weather you make six or nine-inch cakes, do not attempt to cut them unless fully chilled. Keep the cakes in the pan and chill them overnight or at least for 4 hours before cutting. Even after that, handle the slices with the utmost care.

I am not quite sure what was more amazing, the cake or the buttercream. The crumb was excellent, the flavour was divine; indeed it was a light cake. Despite all the butter in the buttercream, it wasn’t heavy, in fact we found it ethereally light. 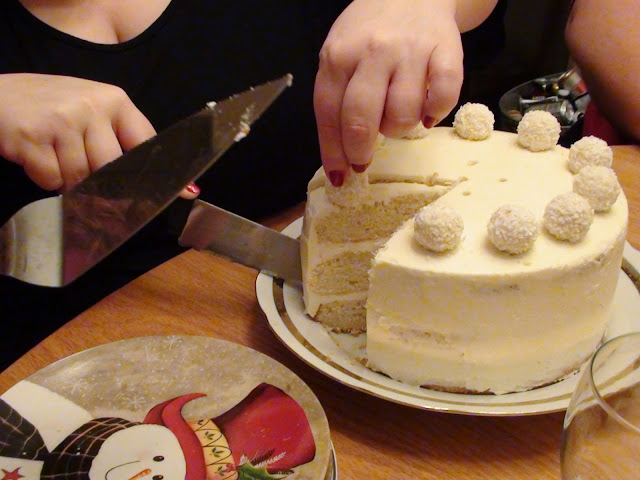 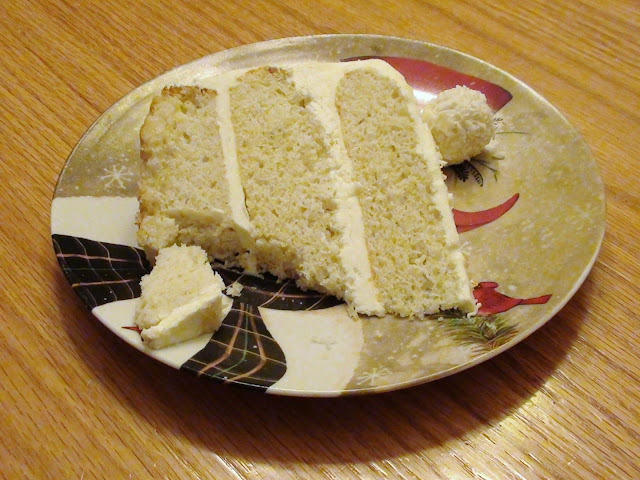