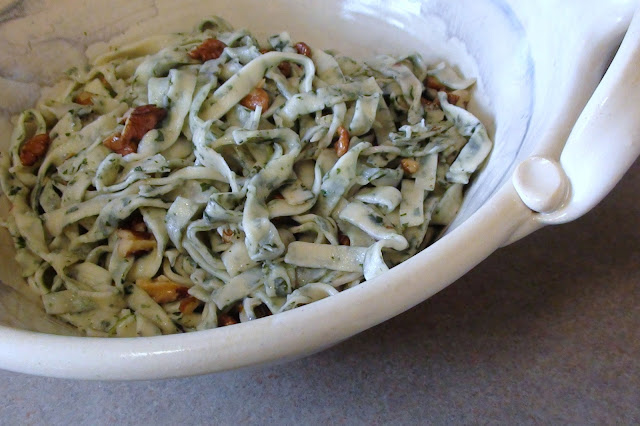 I know it's Saint Patrick's Day but the green is entirely coincidence. I don't drink, I don't pray to saints and I never rebel rouse without a cause. One day I was video surfing for a stand up comedy special and I got a list of string theory and cooking videos along with Ricky Gervais, since nothing is private these days. You may delete the history, but the Computer Deity knows all about you. That is how I came upon this spinach pasta video.

I bought a package of spinach pasta once. It must have been during one of my health attacks. They seem to come and go, because we both enjoy good eating. As I recall the store-bought spinach pasta gave us a bad food experience. “Never ever OK?” said the Jim.

Responding to divine inspiration, I decided it was time I gave spinach pasta another chance. Although spring is in full swing in , nothing edible is growing in the garden.

I took out a package of spinach I froze from last year’s crop. I freeze my spinach squeezed flat, it takes no time at all before I can chop it up. I chopped it very fine, minced it actually, and instead of a homogeneously green pasta, mine ended up cheerfully speckled. I made it again and for sure I make the speckled kind. Jim and I found it tasty and satisfying. With toasted walnuts, this spinach pasta makes a great meatless meal. 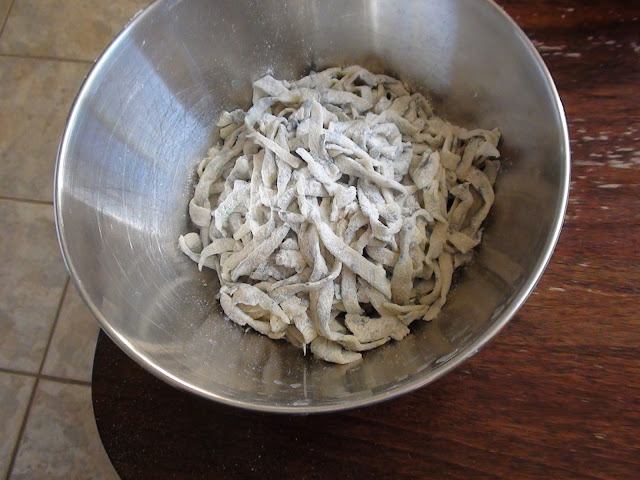 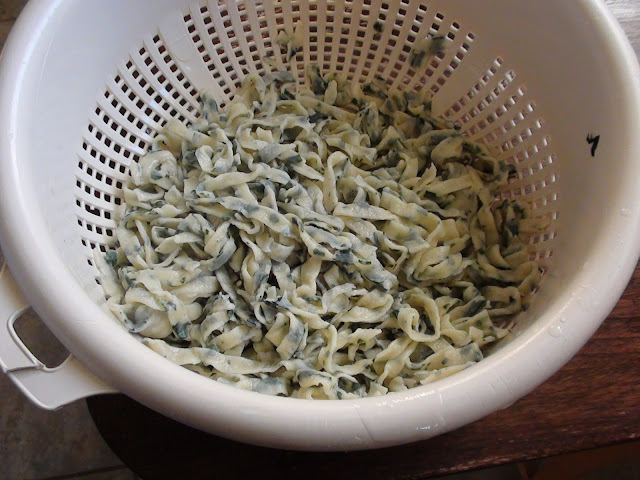