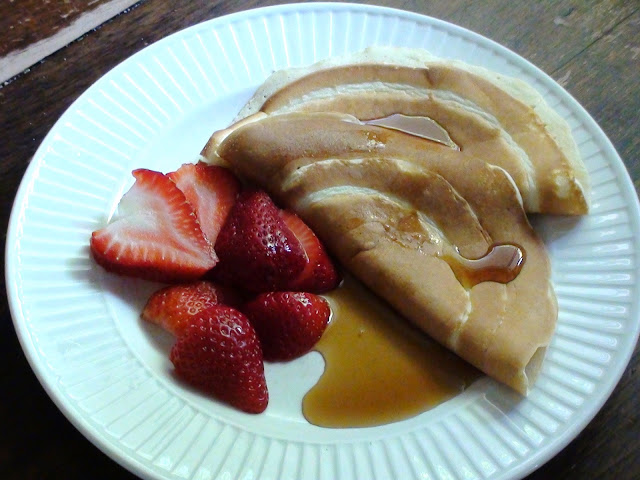 I recall my grandmother mentioning once that leavened crepes go further if one was short of money, which was a slight exaggeration come to think of it, because Hungarian recipes are notoriously egg rich. She never made it, not for a family of rigid eaters, nothing new or different was tolerated by my brothers. I think of yeast crepes as crepe - pancake hybrids, though they are more refined and not as doughy as one egg pancakes. I wouldn’t roll them up or stuff them with  a filling, that would be too cumbersome and all along I would wish they were thinner... These would be great with a savory accompaniment, such as a ratatouille, mushrooms, melted cheese or sausages. But I knew how Jim would like it best, with something sweet and fruity on the side. 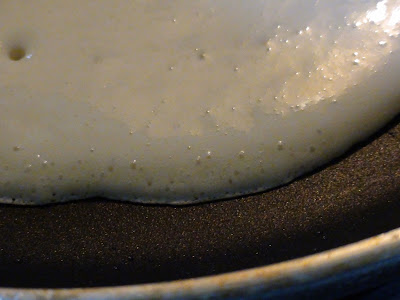 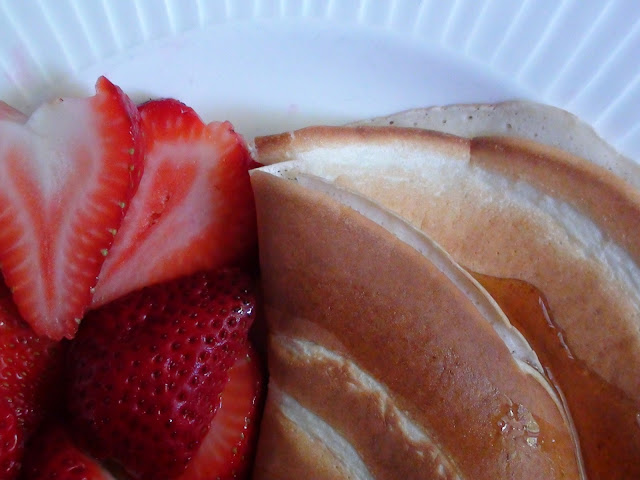