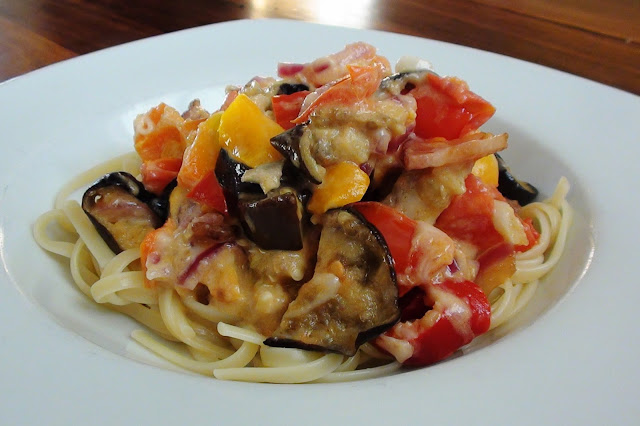 Only two days ago we were wading through the yellow leaves in perfectly normal Halloween weather, and then BAM! Winter arrived with vengeance. With fifteen degrees colder than seasonal, we got snow and ice! Considering all things, cooking up our last two eggplants with tomatoes from the garden is not so unusual. As sad as the turn of the weather, the venture into today’s intuitive food preparation turned out well.

I made two dishes with one stroke. Today we had the pasta. Tomorrow’s story is an Eggplant Salad. 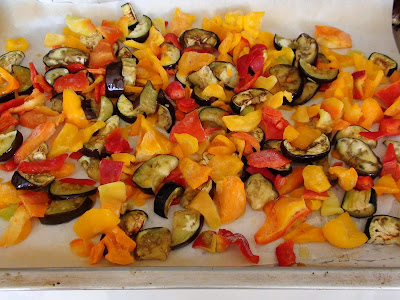 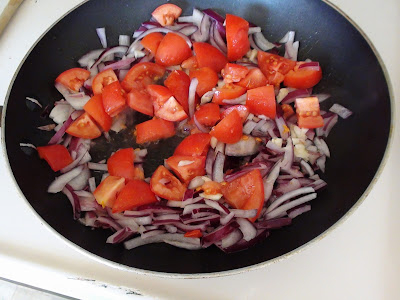 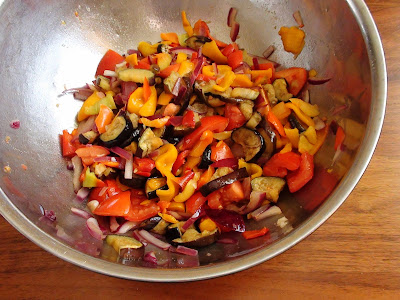 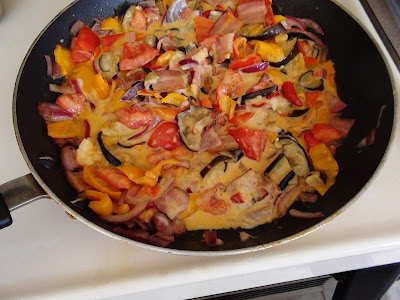