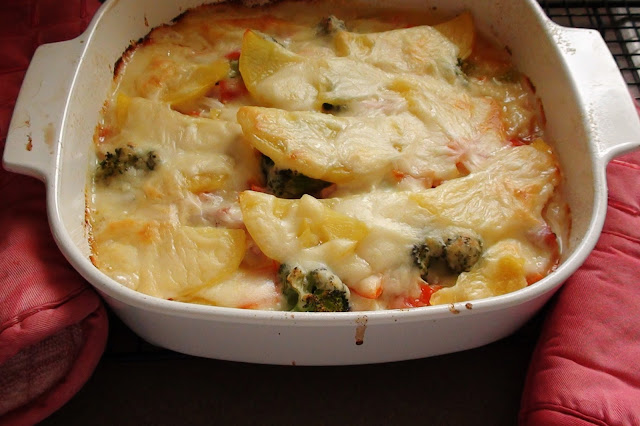 Following the various layered potato dishes, in particular, the inclusion of cheese, this being my own concoction, but in fact is a fusion of French and Hungarian sentiments. I mention this because to a Hungarian, there are two cuisines that matter, Hungarian and French. Both of my Hungarian cookbooks contain French dishes, and in the somewhat more recent publication, each chapter is divided into two sections, one for Hungarian and one for French dishes.  the New World or the rest had no impact on Hungarian cuisine before the Internet, even though many of the ingredients, corn, tomato and potato came from the .

*Waxy potatoes have low starch content and hold their shape after cooking. You may of course use starchy potatoes. In that case omit precooking because they would simply fall apart. However, raw potatoes require longer baking time and it could take up to 2-1/2 hours in the oven, by which time the the broccoli and the red pepper will become limp and unappetizing. I would omit those and just double the ham. 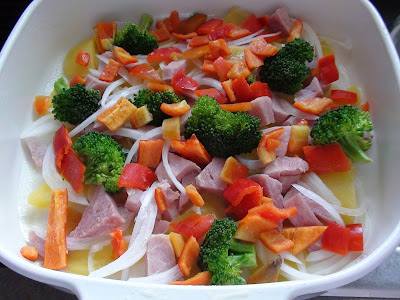 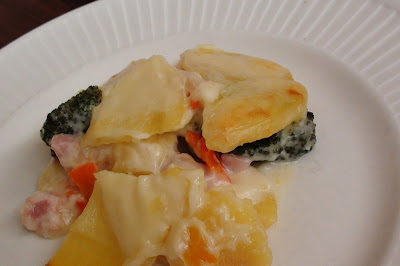