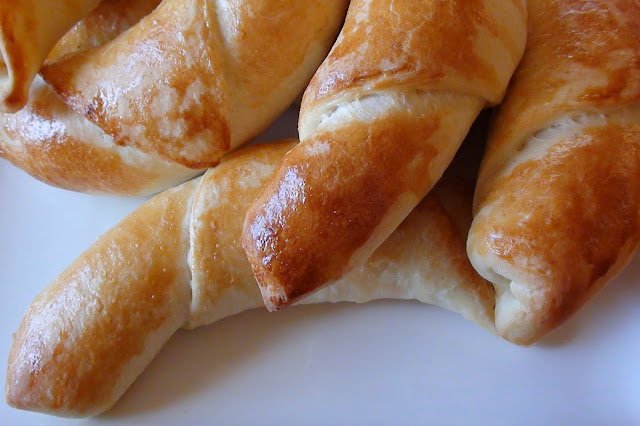 Food availability slightly improved after the 1956 Revolution and from about the age of seven I remember having a cup of hot cocoa and a fresh buttered kifli for breakfast. Every morning my grandma would go down to the Dohány utcai Tejcsarnok [it was a milk store] to buy us fresh milk and kifli. Grandma stood in line by 7AM or shortly thereafter. It was the time for the morning truck to come with baskets full of freshly baked crusty kifli, buns and a few specialty items like brioche. Timing was of essence, because half an hour later all the kifli was gone. When grandma arrived home with the kifli I just had enough time to eat one and I was off to school. 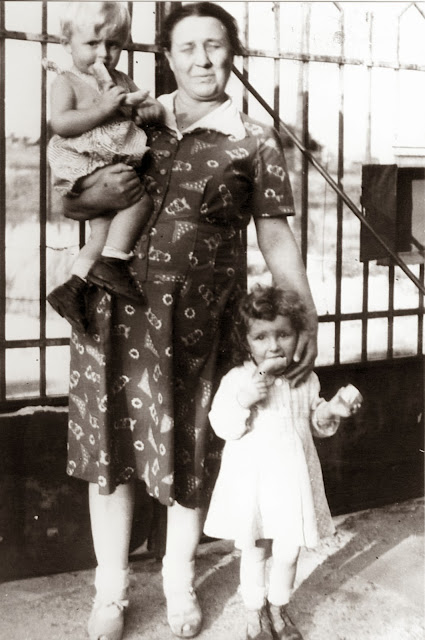 Different from French croissant, kifli is from yeasted dough, [containing butter] and shaped into a thin crescent. I have seen a few giant kifli in my time, some the size of 2 kg bread, but these are novelties. This one is your everyday vajas [butter] kifli.


Do not try it; it is not possible to make a large kifli with dry yeast. Dough from dry yeast can never get as high and lofty as from fresh yeast. At a certain size, kifli made with dry yeast just spreads out into a flattened shape. Don’t use bread flour for kifli, instead use all purpose flour. Kifli should be crunchy when bit into, but all soft on the inside. The consistency of the dough, the size and the thickness rolled into all influence the kifli’s texture. This dough is firm, but not stiff. After kneading, you will not have to flour the board to roll it and shape it. Therefore, you would not want added flour stiffening the dough. This in turn reminded me of the importance of exact measuring. For interest, I measured out 4 cups of all-purpose flour into my largest measuring cup. Then I measured it again with the 1/2 cup scoop-and-sweep method. Would you believe I had 3/4 cups of excess flour in the large measuring cup? Now imagine how stiff this dough would have been with 3/4 cup of extra flour! So to have it just right, follow the recipe.

• In a large bowl measure out the flour with the 1/2 cup scoop-and-sweep method .
• Whisk together the flour, sugar and the instant dry yeast.
• Add the lukewarm milk, melted butter, sour cream and the salt. [Add the salt last, because it can inhibit the yeast action.]
• Combine ingredients; the dough will be firm but not stiff.
• Kneed the dough until smooth and elastic.
• Shape the dough into a ball and cover with the bowl.
• Let the dough rise until it doubles in size.
• Meanwhile line 2 baking sheets with parchment and lightly brush with butter.
• When the dough has doubled in size, divide into two equal parts.
• Roll the first dough to a 32 inch X 8 inch rectangle.
• Cut into 8 squares.
• Repeat with the remaining dough. You now have 16 squares.
• Place a square on the board and with a rolling pin stretch the 4 inch square to a 5 inch by 5 inch square.
• Turn the square on its end; you now have a fat diamond shape.
• Stretch out the closest corner with the rolling pin.
• Roll it up starting from the top and curve it into a crescent.
• Place on a greased baking sheet.
• Repeat the same procedure with the rest of the squares.
• Brush the tops with melted butter.
• Let crescents rise until doubled in size.
• Then glaze the tops with egg wash.
• Preheat oven to 400F.
• When the oven temperature is at 400F, place the crescents in the oven and bake until light golden brown.
• These are best fresh; eat them on the same day. 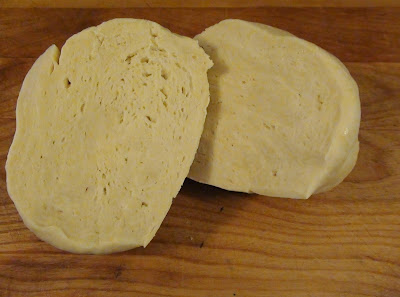 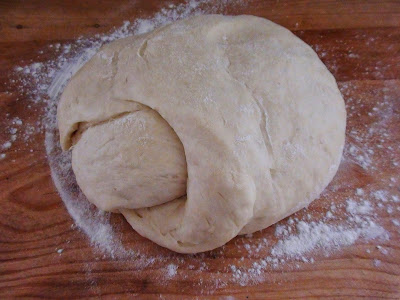 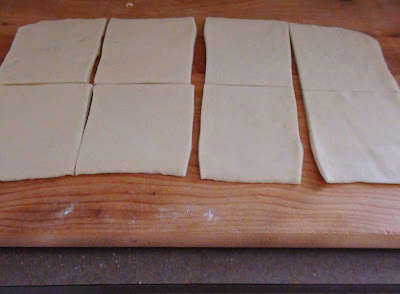 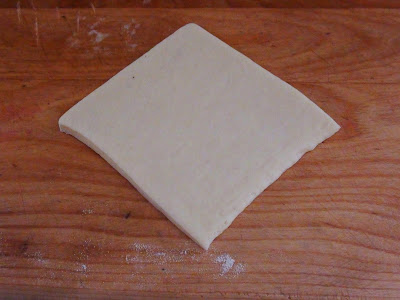 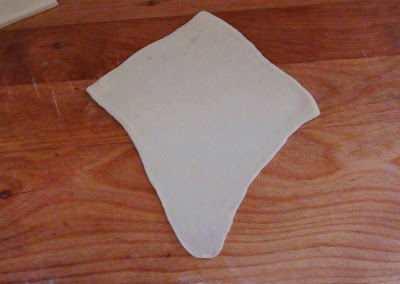 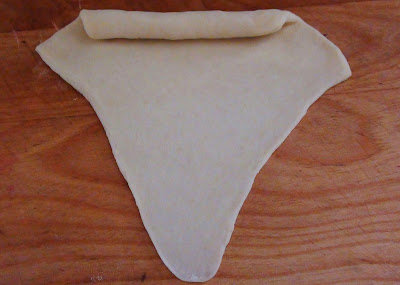 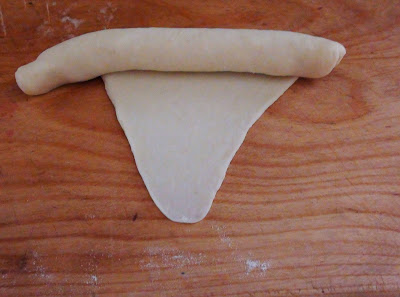 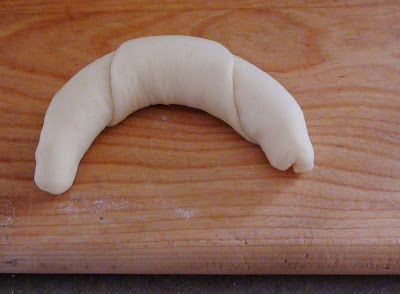 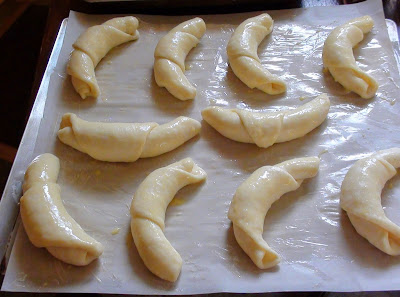