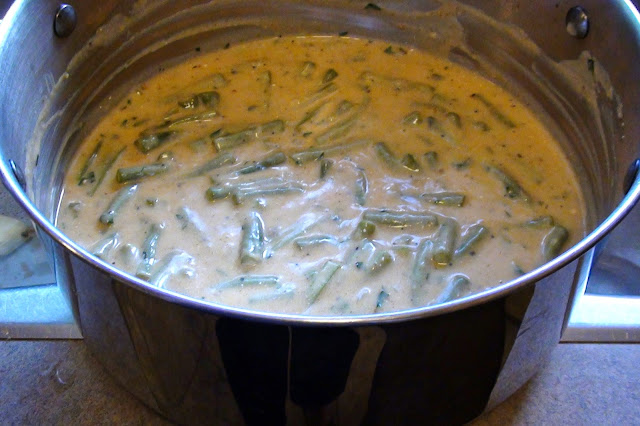 I called this a stew for lack of a better word. But it’s not really a stew. Főzelék is a thick Hungarian vegetable dish. Traditionally it was thickened with roux made from lard and flour and sometimes served with sour cream. Főzelék is eaten as the main course. It can be topped with meat drippings, pörkölt sauce, sausage, fasírt or deep fried foods such as French fries or fried bread. But most of the time we just ate it with a slice of bread. Főzelék is not very exciting to western tastes, but in Hungary after months of “winter vegetables” cooked much the same way, when the first peas or green beans or kohlrabi finally appeared at the Garai Farmer’s Market they tended to generate a bit of excitement at our house. I had a bit of home made lard and when Leah brought some fresh string beans over the other day, I knew I had to make a real főzelék. 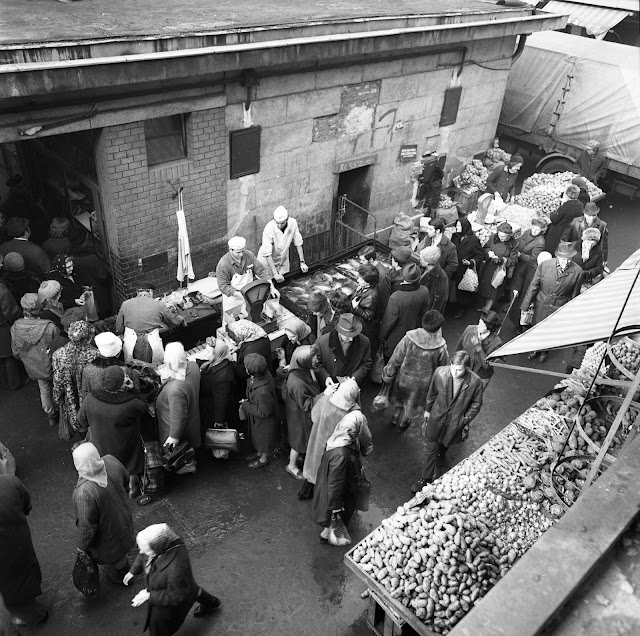 • Remove the bean ends and pull off the tough stringy bit from the sides.
• Rinse beans under cold running water.
• Chop into 1-1/2 inch lengths.
• Place chopped beans in a wide bottomed pot
• Add water to the level of the beans and salt it.
• Bring it to boil, reduce to simmer and place a lid on the pot.
• Cook beans until tender.
• Meanwhile make the roux.
• Melt the lard in a non stick fry pan.
• Add the onions and the garlic and sauté until very soft.
• Stir in the flour and cook until flour is a golden color.
• Remove fry pan from heat and stir in the Hungarian paprika.
• Add cold water and stir smooth.
• When the beans are cooked, stir in the roux.
• Bring it to simmer and then add 1/2 cup of sour cream.
• Add a sprinkling of sugar to tame the sour cream [the dish will not be sweet]
• Adjust the salt and add the ground pepper.
• Remove pot from heat and set aside.
• Serve the zöldbab főzelék with extra sour cream.
Posted by Zsuzsa at 10:02