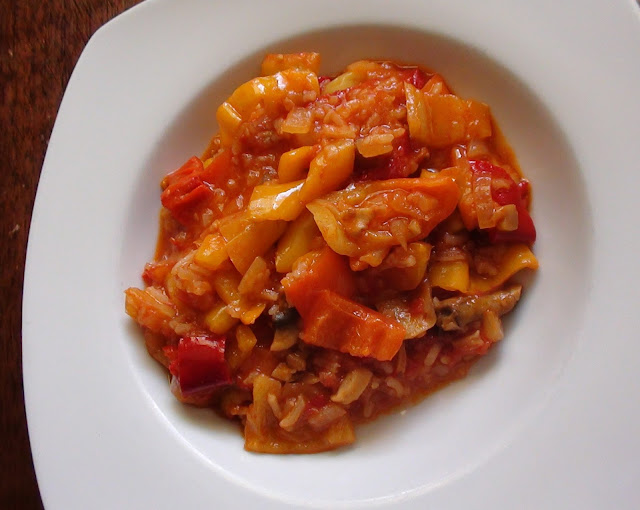 Lecsó is big, very big in Hungary. There are lecsó festivals all around the country. It has become fashionable to cook lecsó on the open fire, something I tried a few times back in the days when Jim and I were young and campers. There are endless variations to lecsó, but there are two things that are common to every type. One, no green bell peppers. By flavour and texture, green peppers just don't work in lecsó. Green peppers cook up soggy and the best I can describe the flavour is that it sticks out. Second, we use lots of onions. Lots! By weight, not volume, we use about the same amount of onions as tomatoes. Onions provide the bulk and the sweetness for lecsó. If you have to sweeten the lecsó you didn't put enough onions in it. Beware it is a sacrilege to eat lecsó with sour cream; there must never be a tang to lecsó. And although paprika is present, it is present in a relatively small amount. OK that was five. Or was it six?

• Wash the vegetables.
• Chop the peppers into strips.
• Chop the tomatoes, removing the green centers.
• Dice the onions, but don’t grate them.
• Slice the mushrooms.
• Place 3 Tbsp olive oil in the pot on medium heat.
• Add the onions and garlic and sauté until onions are soft, but not brown.
• Reduce the heat and add the peppers.
• Add the salt and the pepper now.
• Cover and simmer, stirring occasionally for a 3-5 minutes.
• Add the tomato and the Hungarian paprika.
• Simmer uncovered for 1-2 minutes.
• Add the sliced mushrooms and bring back to simmer.
• Simmer until mushrooms have reabsorbed their liquid.
• Serve with rustic white bread.
• Yields: 2 servings 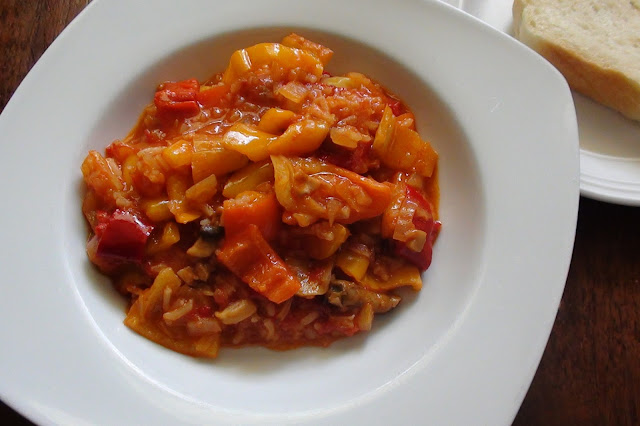