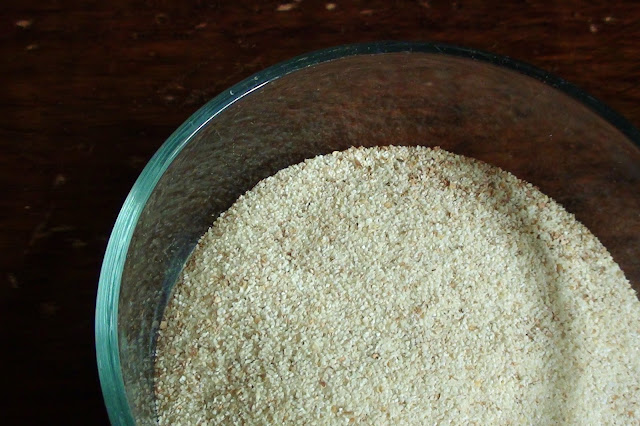 I was surprised when I found out a relative of mine living on Long Island used to have her parents send bits of GRÍZ in every letter which she painstakingly collected. She wasn’t alone though; apparently there are Hungarian immigrants who settled down to the fact that GRÍZ was an unobtainable commodity in . I messaged her to ask her Italian mother in-law for semolina. Italians use them in desserts and to make pasta. In the West semolina and farina are porridge foods. In Hungarian cuisine GRÍZ or as sometimes called Búzadara is a staple item with a wide range of applications. I use semolina and farina interchangeably as they are all good replacements for GRÍZ.

There are differences of course, both in texture and in colour. Some are fine and some are coarsely ground. Some are yellow and some are almost white. Some may contain a bit of bran and germ. Some are finely sifted and are uniform. But they all work as far as I am concerned.

Both semolina and farina come from the endosperm of the wheat kernel.

Farina may also be labeled as wheatlets.

Whatever you use, beware of instant products. These generally won’t taste all that good, contain a lot of chemicals, besides they were designed for a specific purpose and most likely won’t work in your recipe. Which is a problem; because different stores carry different brands plus they keep changing them. So weather you get semolina, farina, wheatlets or a box of Cream of Wheat, look for the least processed version. When all else fails, look for semolina or farina in a Health Food Store. They will be unprocessed and either packaged or in bulk bins. But they all will work in Tejbegríz, Gríznokedli and Túrógombóc. 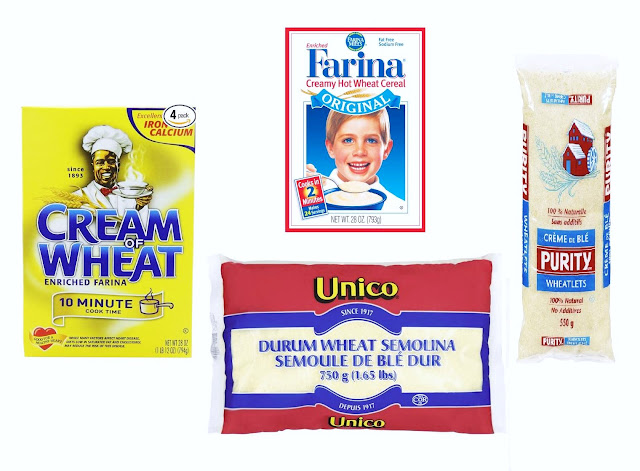 Different versions of semolina and farina
Posted by Zsuzsa at 08:49