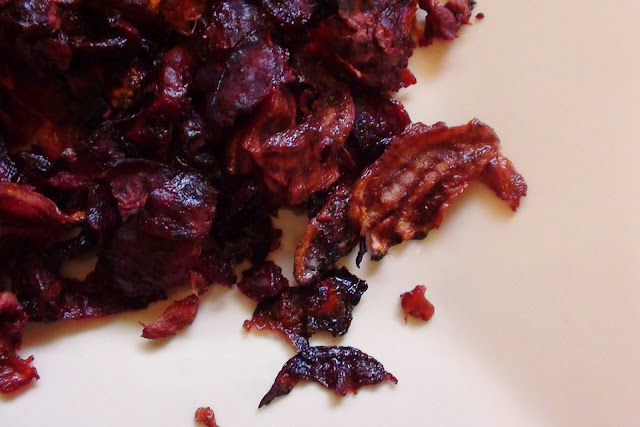 The mother of invention…With a row of pickled beets in the pantry, 40 more pounds in the ground and my concern were a couple of large beets in the fridge. Something must be wrong with me. These won’t feed “the starving children of ” as the saying goes, bad bad Zsuzsa, so why am I worried? This surely is the last curse of abundance. I dealt with the zucchinis and the flow of eggplants, only the beets are left now. Old habits die hard, I could have sent it out with the compost, what I really wanted was something green. Instead I cooked beets, correction, roasted beets again. Time was of essence and beets being notoriously hard vegetables… I shaved them on the mandolin. A change in preparation and you get a fresh new experience. 25 minutes later we ate it up with dinner. Maybe it’s my palate, but the beets were sweet enough and flavourful enough not to season them beyond the salt. I overheard Jim tell a friend on the phone that he eats really well being my guinea pig food tester and that I cook so well. I could easily turn it around and say he overplants and I have to think up new ways to use all the stuff, but I won’t. I said something about the cucumbers last year and this year he planted none. But 40 more pounds of beets? 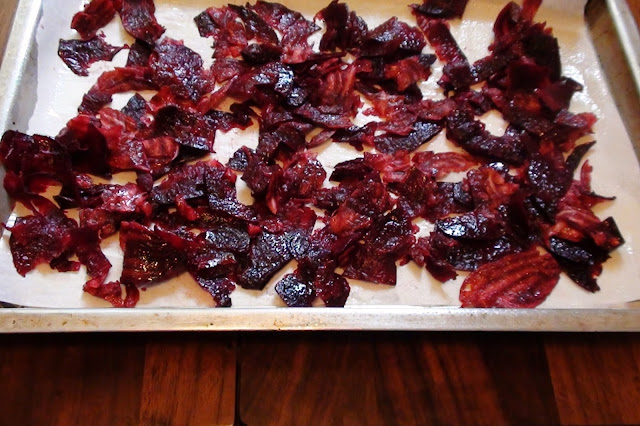