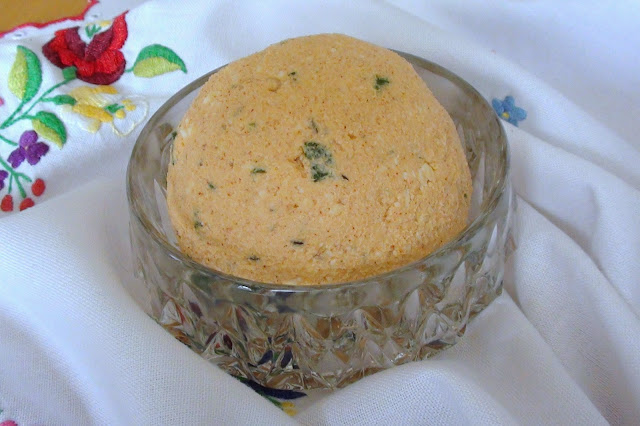 Neither Slovak nor Austro-Hungarian, Liptó was a county of Hungary until the end of WWI. Same with the cheese, Hungarian juhturó or Liptói túró was Hungarian and yet the world knows it by its Germanic name, Liptauer and northern Slovakia gets the credit for its production. The area in question as well as the cheese never gets a mention by its actual Hungarian name.  Now anybody with a little bit of know in European history would realize that Liptó got annexed from Hungary in 1919 and with that went whatever was produced there. I was very disappointed Anikó Gergely failed to include Liptói túró  or the körözött recipe in Culinaria Hungaria. Liptó may be lost, but Hungarians never stopped eating liptói túró or körözött.
There is no substitution for the real stuff, no curd cheese or even goat cheese equals the sheep-milk based Liptói. This cheese has a unique flavour and is the basis for the Hungarian körözött, the amazing cheese spread that has no equal.
In Canada, I have to make do with either feta or soft goat cheese. Feta is a salty cheese, and the brined varieties should be soaked in water anyway, so there is no need to add salt to the feta mix. On the other hand goat cheese is unsalted and so I add salt to the spread.
Feta Cheese Körözött
This feta based cheese spread is closer in resemblance to the authentic Liptói körözött.

• Blend the feta cheese with the cream cheese.
• Add the Hungarian paprika, pepper and the caraway seeds.
• Mix to combine.
• Add the chopped chives or the green onions and mix to combine.
• Form into a ball, warp and set in the fridge for the night so flavours can meld.

Goat Cheese Körözött
This one is a nice alternative, and a little creamier than the feta based spread.

• Place ingredients in a medium large bowl and beat it until soft.
• Spoon mixture into a small serving bowl and chill for 3 to 4 hours.
• Spread the körözött on bread or a crusty bun.
• Decorate open face party sandwiches with körözött piped on the top. 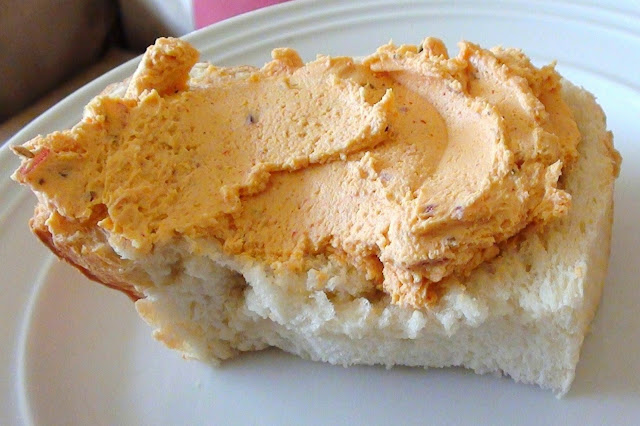