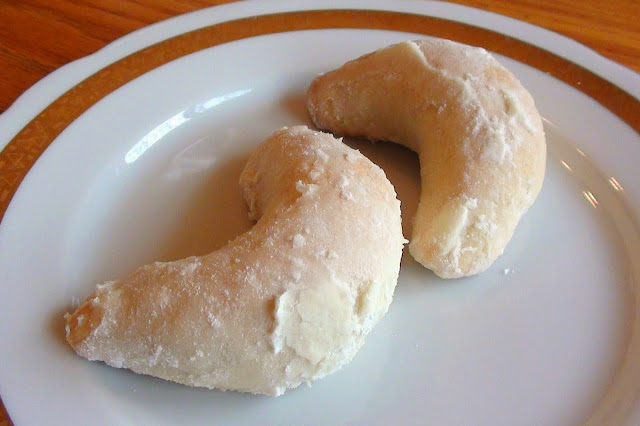 Several European nations have their claim to these non- yeasted crescent shaped walnut cookies. They are delicious and keep well. There are two types of dióskifli: those with walnut filling and those with walnuts in the pastry. Within those two types of kifli, the variations are endless. The word kifli goes back to Hungary’s Turkish occupation in the sixteenth century, which would also explain the traditional use of lard. My grandmother still made dióskifli with lard, but these days most people make them with butter.

• Place the flour in a large mixing bowl.
• Add the soft butter and rub it into the flour.
• Add the salt and the lemon juice.
• Add the water a tablespoon at a time and only add as much as needed to form the dough.
• Combine to form soft, pliable dough.
• Wrap in plastic and let dough rest for a few hours or overnight.
• Meanwhile prepare the walnut filling.
• Place the whipping cream, the lemon rinds and the raisins in a large fry pan.
• Bring the cream to the boil.
• Add the sugar and the ground walnuts and stir to combine.
• Reduce heat and cook stirring continuously for a minute or two.
• Remove from heat and stir in the rum. Set aside for use later.
• After the dough has rested, line a large baking sheet with parchment paper and turn the oven to 375F.
• Place the dough on a well-floured board and roll it out.
• Reroll leftover dough until all the dough is used up.
• Cut into rounds and divide the walnut fillings on the top.
• Flatten the walnut filling and roll up the rounds.
• Gently stretch the rolls into crescent shapes and place them on the prepared baking sheet.
• Bake the crescents in the preheated oven for 20 minutes or until they begin to get a little color.
• Remove from heat and one by one immediately roll the hot kifli into icing sugar.
• Place on a wire rack to cool. 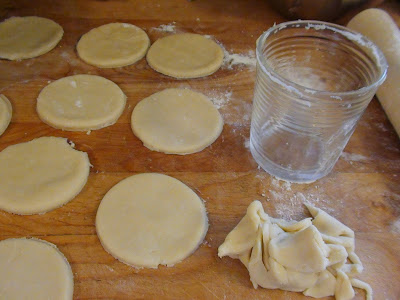 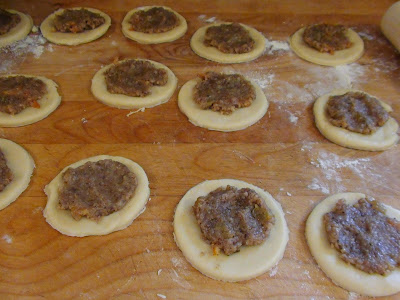 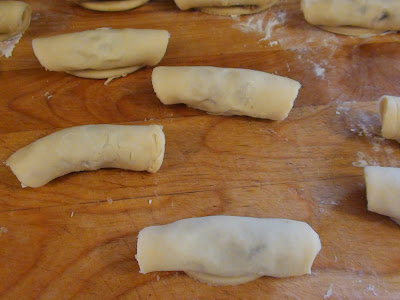 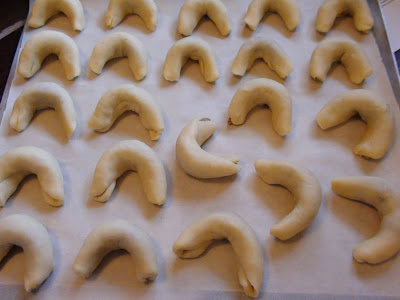 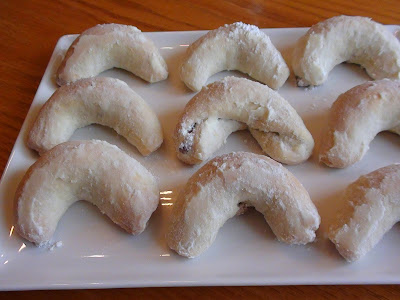 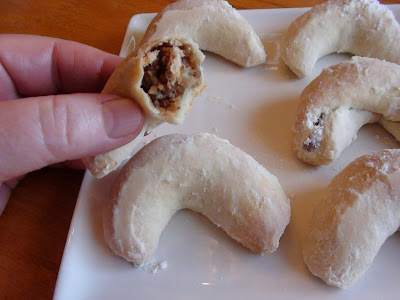